Can it really be five years since our APT-E hit the shelves? That intial run, our first UK project, sold out on pre-order. So we’re now giving those who missed out on the APT-E the first time around the chance to own one of these stunning models.

Originally produced as part of the National Collection In Miniature range, the National Railway Museum has given us permission to produce a fresh batch as a standalone Rapido Trains UK product. The APT-E is an iconic four-car gas-turbine train which achieved the British railway speed record in 1975. It was the beginning of British Rail’s quest for faster Rapido Trains UK is absolutely delighted to announce that the ‘OO’ gauge APT-E is back! ADVANCED PASSENGER TRAIN trains. In May 2013, the APT-E won the prestigious Engineering Heritage Award.

Our model was designed using laser 3D scanning with input from members of the original APT-E development team. Featuring a working tilt system, this ‘OO’ gauge APT-E model is every bit as revolutionary as the real thing. Two fourcar sets are being produced - one with sound and one without. 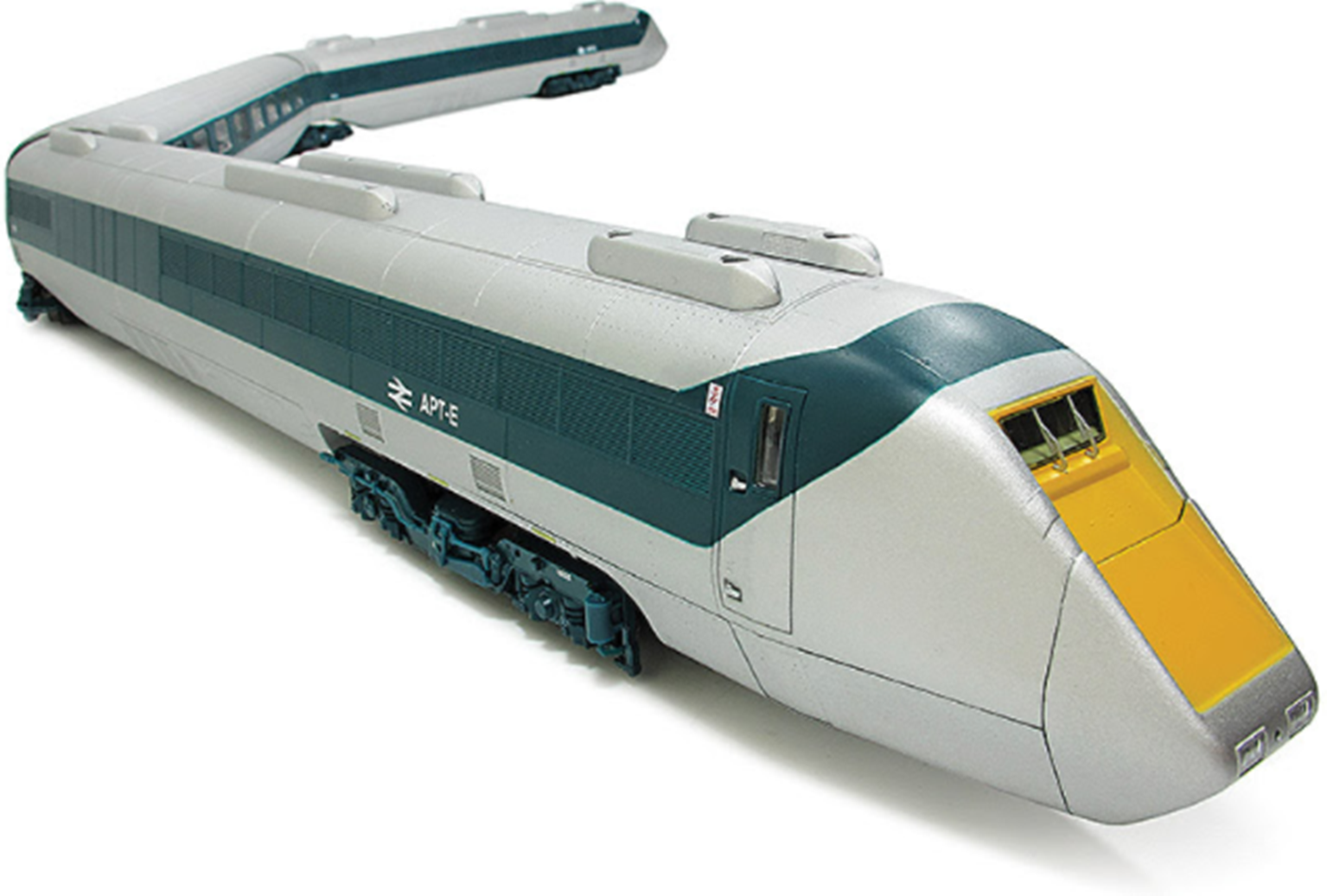