All railway models will be highly detailed, with NEM 362 couplings. The two coaches will have full interiors and Thunderbolt will have a DCC decoder interface and a factory-fitted speaker. The Bedford OB will have rubber tyres and poseable front wheels.

CAD design for Thunderbolt and 'Dan's House' is nearly complete and our designers have started work on the 'Toad'. All models will be in stock by March 6 2022, the 70th anniversary of the film's release.

They will be available in three packs: 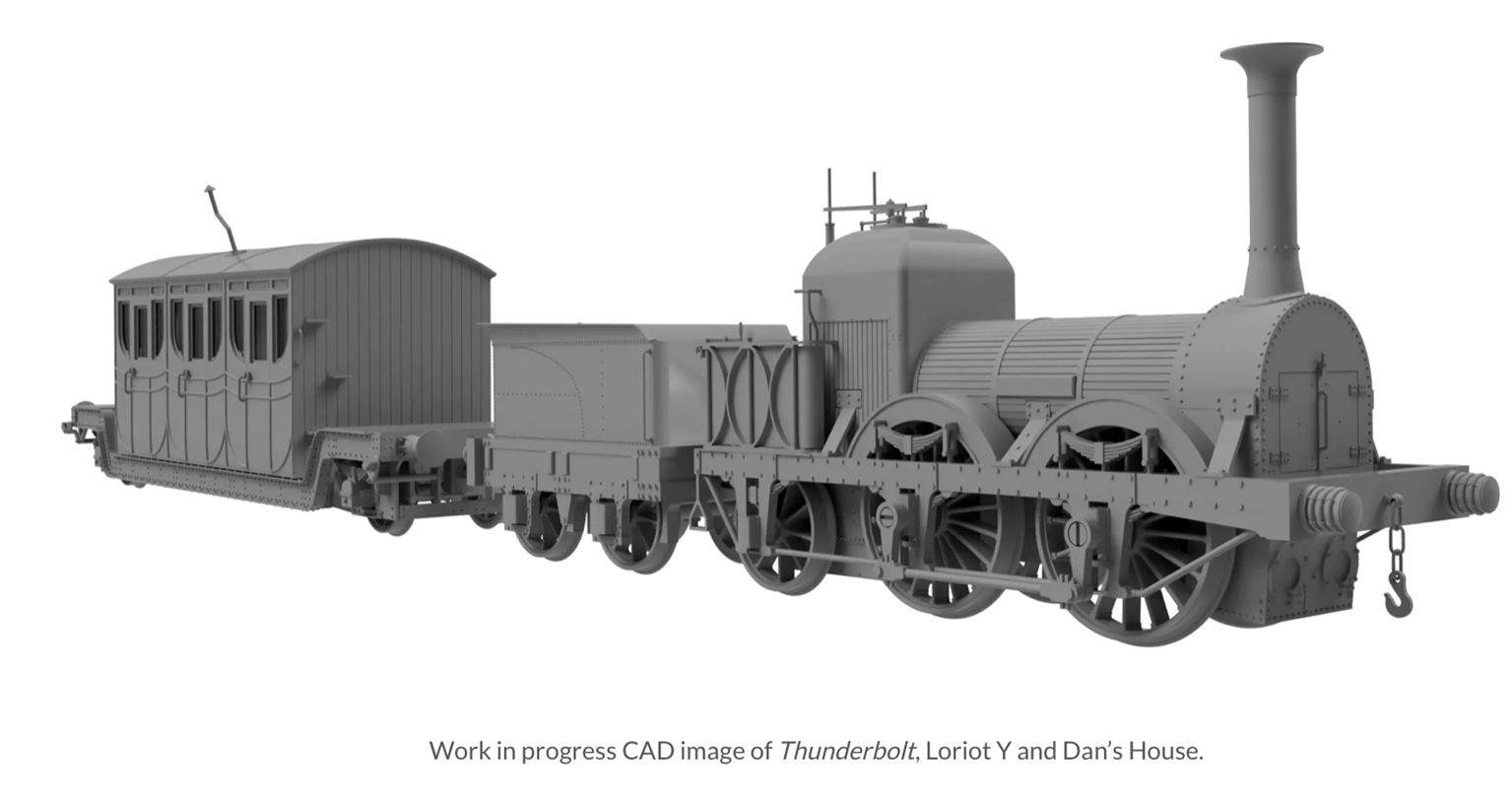