These attractive wagons are priced at £74.95 per twin pack and are available to pre-order now.

The doubling of the UK’s carbon tax from April 2015 had a severe impact on the railway industry and almost overnight, hundreds of coal hoppers, most between five and 15 years old, were stored. While many vehicles were redeployed to carrying aggregates, this was not ideal because the more dense nature of stone compared to coal meant the wagons could only be partially filled. VTG was the first to look at reducing the length of the hoppers to make them more suitable, commissioning WH Davis at Langwith Junction to remove the centre bay – some three metres or so – from the HYA/IIA variant operated by GB Railfreight and, previously, Fastline Freight. Prototype No. 371051 was released in February 2016 and by 2021 almost half of the original build of 368 wagons had been converted for a new life as aggregate hoppers, most taken from the IRS, Romania-built batches.

All rebuilds are TOPS coded HYA, whether they started life as an HYA or an IIA, and they wear a number of different liveries and finishes depending on the owner, operator and customer. The first production batch of 24 vehicles in mid-2016 was for VTG, GB Railfreight and Tarmac and these were smartly repainted in overall light grey with a black lower section with branding for all three companies. A similar approach was taken with 2019’s GBRf/Cemex fleet, although these wear Touax, VTG or no lessor branding depending on the actual owner. Other batches were not so fortunate, most only receiving repainted black lower bodies and underframe plus the branding of their owner, although recent wagons have seen patch repainting of the bodies to hide graffiti. Only a small group of 25 rebuilds for NACCO have been renumbered, the rest retaining their original identity.

The cut down HYAs are mostly to be found behind GBRf Class 66/7s, although they work all over the UK on behalf of Aggregate Industries (from Bardon Hill, Coton Hill and Grain), Cemex (from Peak Forest), and Tarmac (from Arcow and Rylstone). They are often partnered with unmodified HYAs and IIAs and can also been seen mixed with other types, including AI, GBRf and VTG JGAs and even ex-Freightliner HHAs.

Accurascale’s model of these attractive wagons is well advanced, being at the decoration stage and ready for production. Three liveries are on offer in the first run; Tarmac, Cemex and unpainted NACCO.

The Accurascale cut down HYA wagons feature a high level of detail and quality, with a wealth of separately applied parts, provision for easy finescale conversion, prototype specific details, an array of fine printing and working tail lamps on one wagon in Tarmac and Cemex livery at no extra cost. 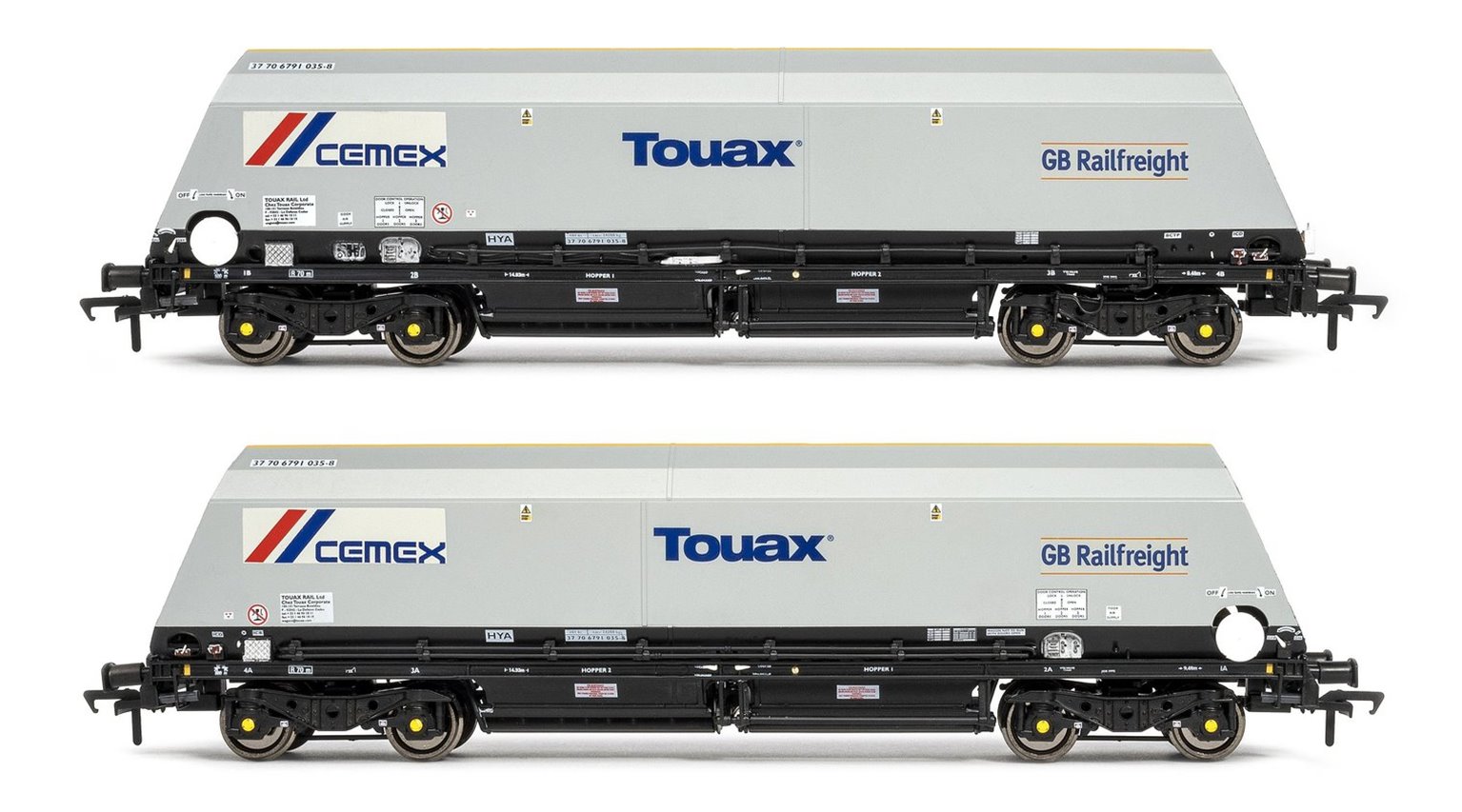