LIMITED STOCK REMAINING, SO ORDER NO TO AVOID DISAPPOINTMENT

One Hundred and fifteen of these and the similar 1823 and 1833 Classes lightweight passenger tanks were built for the Midland Railway from 1881 to 1900 by Derby Works, Dubs & Co. and Neilson. All passed to the LMS in 1923 and although withdrawals started as early as 1930, the final locomotive was not retired by BR until 1959. They were distributed widely across the former MR and S&DJR system from North Yorkshire and the Midlands to the South West and London, where certain locomotives had condensing gear for working through Metropolitan Railway tunnels. 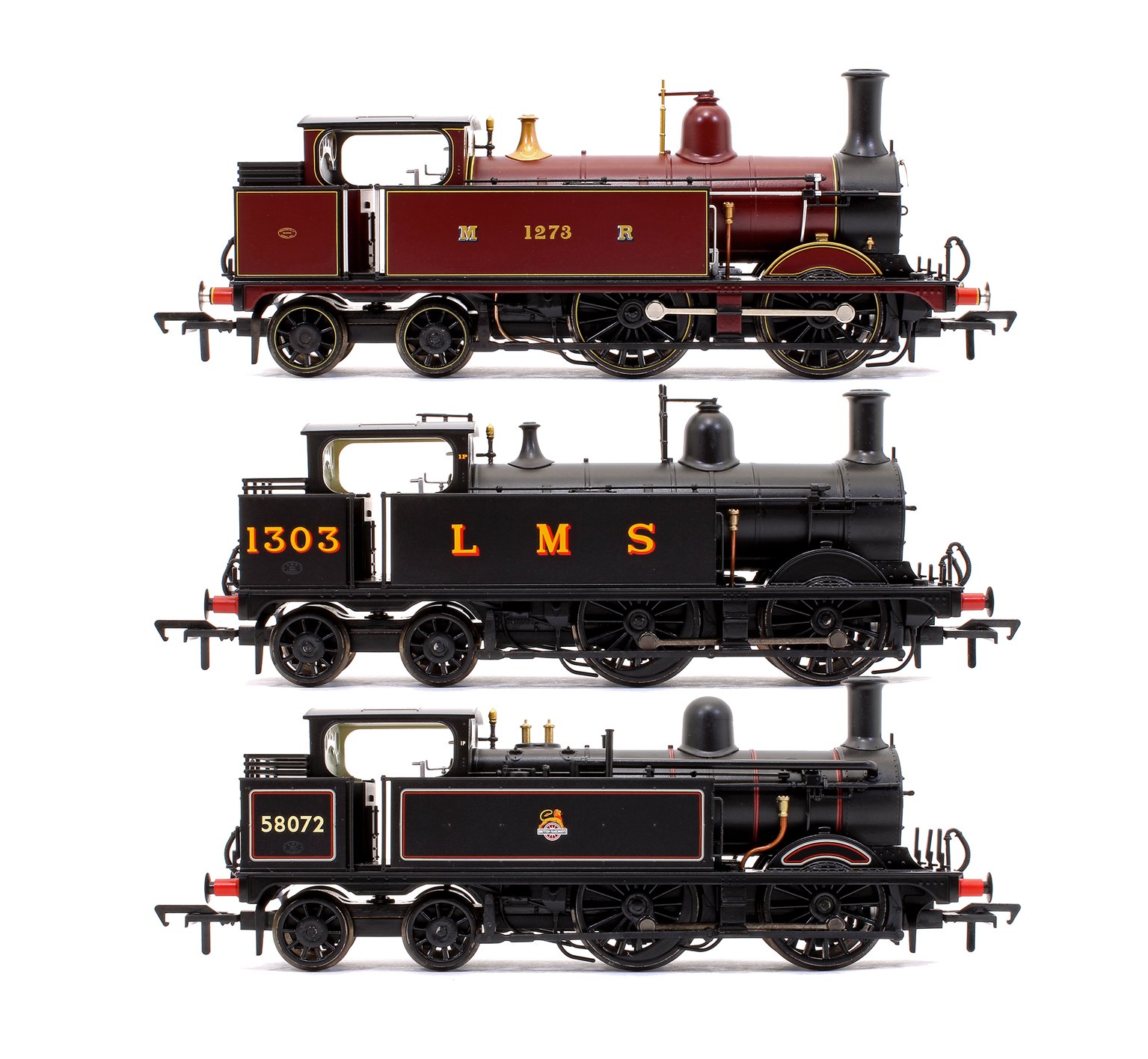