We are please to share initial artwork and confirmed running numbers for the N Gauge Drax Power IIA-D Biomass Hoppers!

As the Renewable Pioneer variants feature various images on the wagon sides, we have decided to add an additional two packs to the previous line up.

All versions can be seen HERE

Revolution Trains is offering the Drax Power IIA-D biomass hoppers (UIC code: Tafoos) as its next wagon in N gauge.

The models feature NEM couplers, highly detailed bodies with a host of separately fitted details including hopper roof door opening rams, control gear and brake equipment, and will be available in a range of numbers and liveries.

They are being sold in twin packs exclusively by Rails of Sheffield priced at £79.95 per pair.

Six twin packs are available to order, all with unique running numbers.

CAD work is complete and the model is in tooling now.  Proving samples are expected early in the New Year, and the models are likely to be ready for shipping by summer 2021.

Limited production run so pre-ordering is recommended.  Secure your today with only a £10 deposit.

Using biomass has allowed Drax, which generates 6% of the UK’s electricity, to reduce emissions by more than 80%.

Unlike coal, biomass has to be kept dry.  It’s also much lighter, so far more can be carried per wagon.  To maximise efficiency and reduce the risk of wastage Drax ordered specially designed wagons from builders WH Davis of Nottinghamshire.

The revolutionary design has four hoppers – two in the centre and two outside each bogie – and a body profile designed to make maximum use of the British loading gauge.  The wagons were originally outshopped with eye-catching Drax power vinyls in two versions (‘A’ and ‘B’) and some have since received ‘Northern Powerhouse’ versions of the scheme. 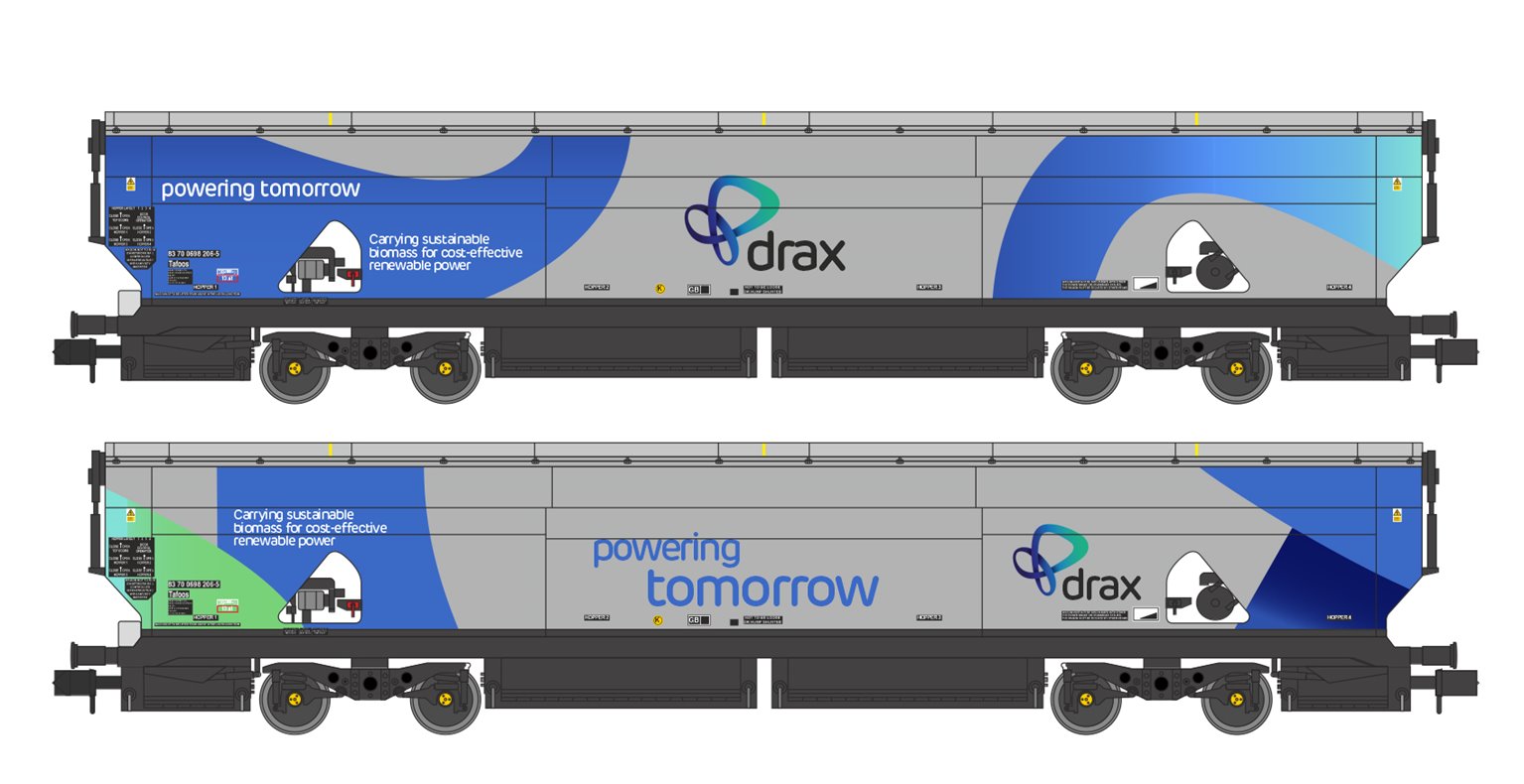