Accurascale's JSA wagons were announced at the Great Electric Train Show at Milton Keynes in 2019 as a spin off of the hugely successful PTA/JTA/JUA project. Utilising the same chassis components and bogies, it was a no brainer to offer these steel carriers and give modellers some high quality steel carrying wagons.

As you have probably guessed by now, Accurascale love offering a multitude of detail variations in their models and the JSAs are no different. With two types of hood (welded and rivetted) they also decided to go the whole hog and offer the latest incarnation of these useful and widespread wagons, with the open VTG liveried variants tooled up too.

Released in packs of two with three available per livery/variant, they went from a nice add on to the PTA/JTA/JUA to a super seller in their own right, proving to be very popular indeed and filling the need for accurate steel carrying wagons that are widely accessible to all.

As a small addition, Accurascale are also offering the steel coils as an accessory pack, these are due the same time and are available to pre-order along with the wagon packs now. 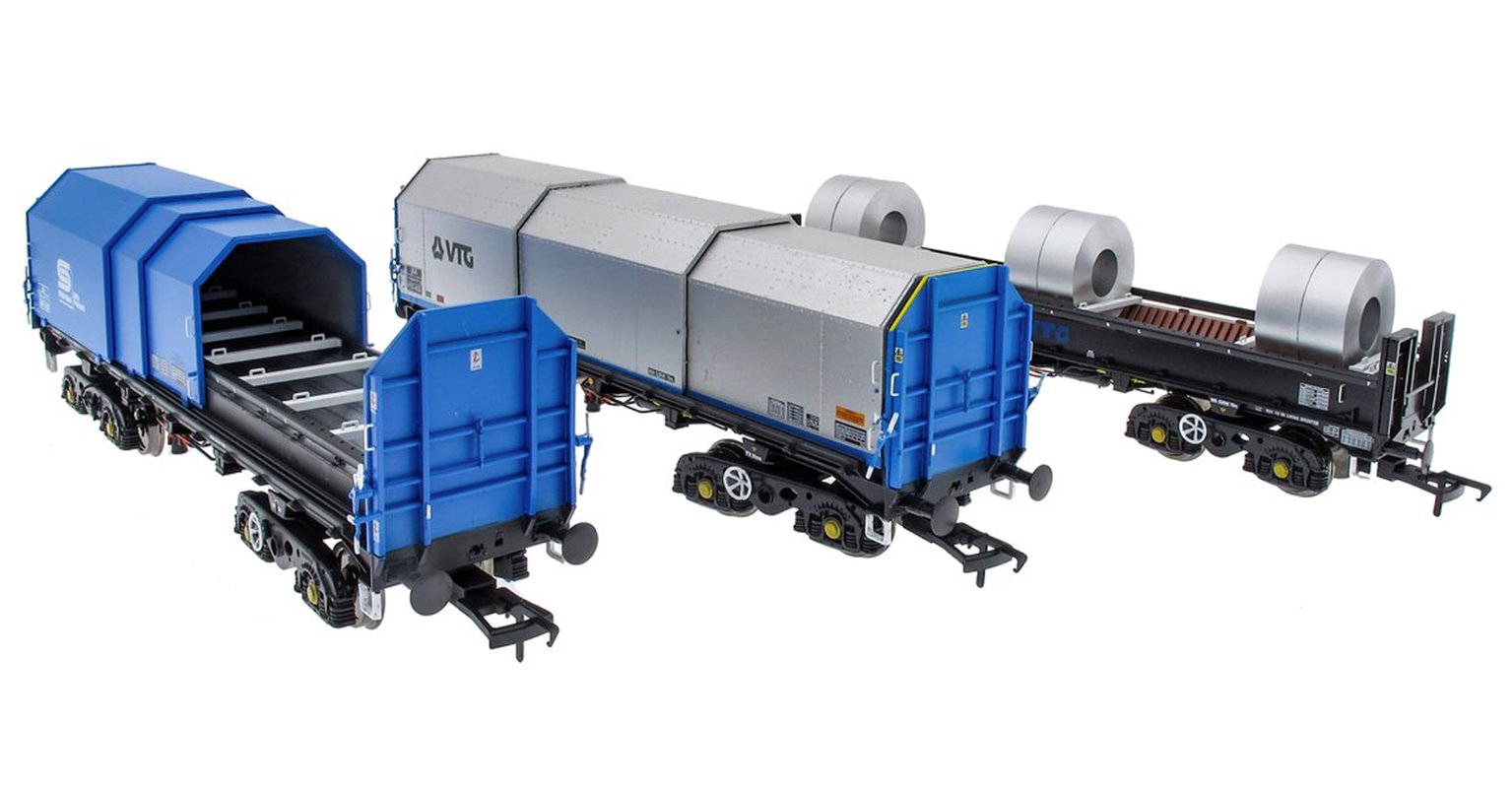