Dapol announced at the 2018 Dapol Collectors Club open day that they were busy planning their next UK based production project, the O Gauge Stroudley 4-wheel coach. These coaches will be produced at our facility in Chirk by our dedicated and skilled workforce. They will represent a major step up in the level of model complexity that we manufacture currently. The whole team is relishing both the challenges and the opportunities that this project promises.

These carriages were constructed between 1870 and 1890 totalling more than 1,500 for local and main line sets. The sets consisted of between eight and eleven coaches each 26ft long on a 15ft wheelbase and were originally close coupled with a bar but later some modified main line coaches were fitted with short buffers and amalgamated into the suburban sets, only the brake ends had long buffers. Braking initially was only available through the guards hand brake, but later all coaches were fitted with Westinghouse air brakes. Lighting was originally by oil lamps, however many coaches were later converted to gas lighting, and from 1881 some sets were fitted with electric lighting with a dynamo in the brake coach.

We are pleased to be able to show you the first shots produced by our tool maker to test the tooling, The images below represent gas lit coaches with Westinghouse brakes and are shown for illustration purposes only. The main function of these samples is to allow the design team to evaluate the tooling and pass on any corrective measures to the tool maker before we progress on to the next stage of the project which will involve the creation of a full set of working engineering prototypes.

Dapol will be offering the oil lit varnished mahogany liveried coaches in the first run. Later we shall be offering different liveries, and details including gas and electric lighting and Westinghouse brakes. As a minimum a modeller will require one x All third Brake to operate a train of these coaches. On the suburban range of these coaches the interconnection between coaches will be provided by a prototypical draw bar, only the outer most end of the brave will be fitted with a standard coupling to connect the coaches to the locomotive.

Main line versions of the coach will be fitted with standard three link couplings and short buffers at both ends of each coach. All Brake 3rd coaches will have the prototypical longer buffers at the brake end of the coach 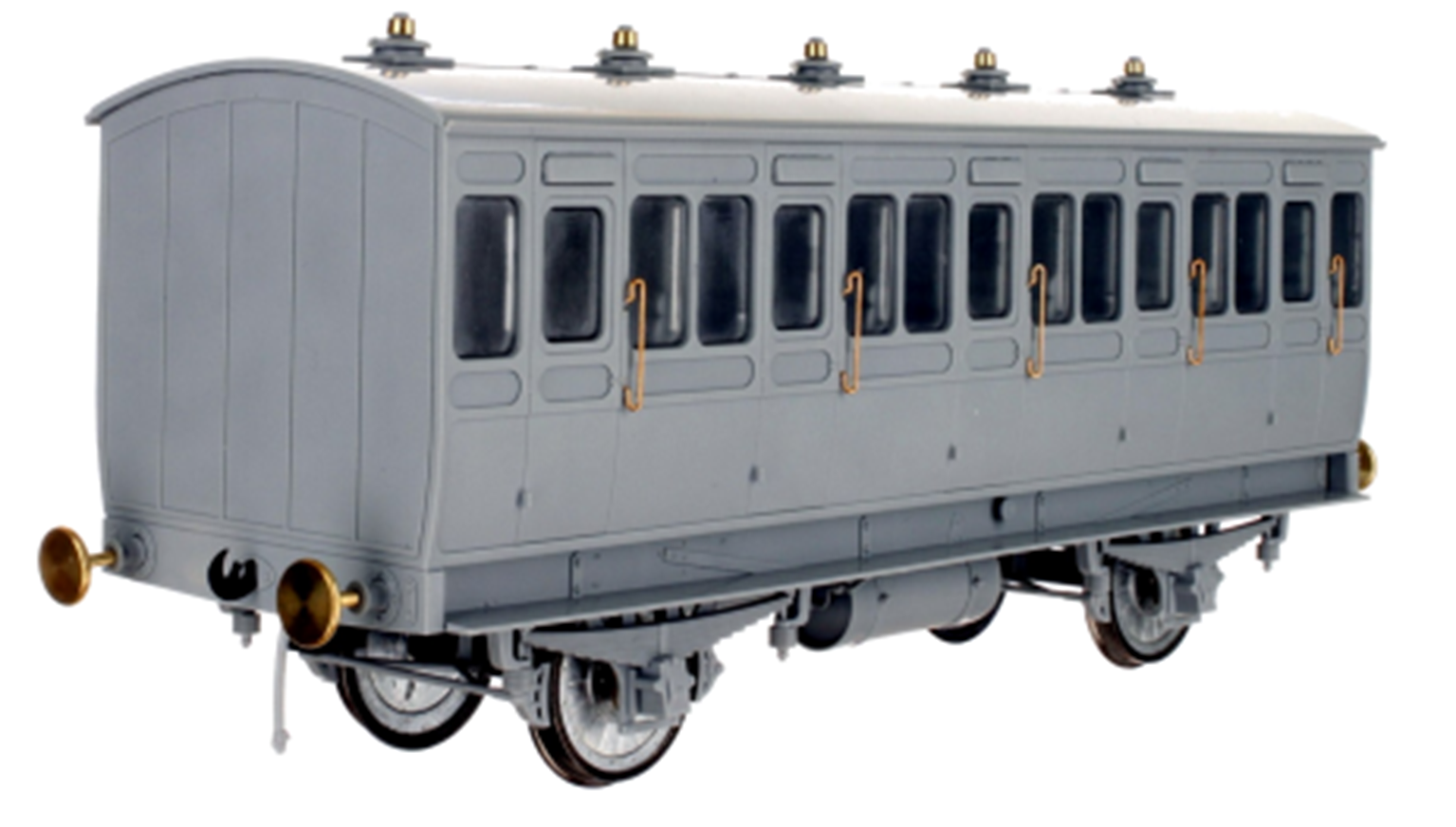