Dapol have shared an update on their forthcoming OO gauge Class 59 project.

They have added to the lineup a DCC fitted version which also features Optional clag smoke simulation on initial acceleration!

This unique feature is a first on a RTR OO gauge locomotives.

Factory fitted Smoke Generator option available with DCC only. To guarantee getting one Dapol advise Pre-ordering by August 14th 2020.

Available to order in four liveries:

These locomotive are now available to order DCC Ready, DCC Fitted and DCC fitted with smoke.

Features of the Class 59 include:

The Class 59 is a Co-Co formation diesel locomotive and the first US produced, privately-owned locomotive to operate regularly in the UK. The ordering of the first Class 59 was a result of quarry company Foster Yeomans dissatisfaction with the performance of the BR Class 56. The first 4 locomotives built by GMs Electromotive Division were delivered to Foster Yeoman during 1986 and 59005 in 1989. Proving very successful; one locomotive setting a new UK haulage record for a single locomotive of 4639 tonnes. Foster Yeomans rivals, Amey Roadstone Corp. (ARC) also ordered four modified Class 59s (59/1) as did National Power, who ordered six (59/2). GM invested in this initial UK success by extensively modifying the class 59 internally to produce the Class 66, also hugely successful, within both the UK and continental Europe. Other than 59003 (which after return from loan to HHPI in Germany, is operated by GBRf), the Class 59 fleet is operated today by DB Schenker and Mendip Rail (an ARC and FY joint venture). 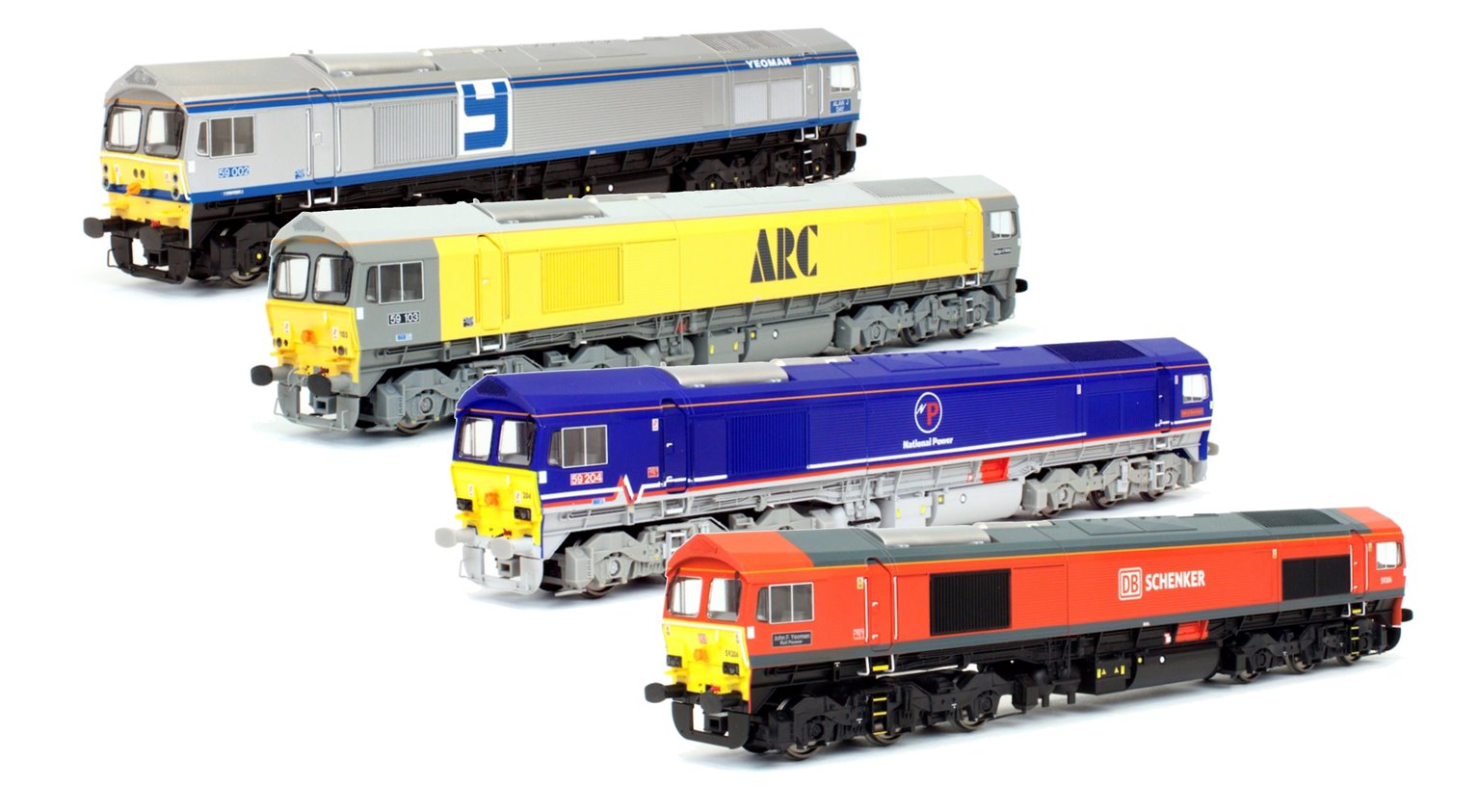