Hornby have shared some initial CAD images of the forthcoming Hush Hush locomotives, along with a livery chart of the R3840 version.

The tooling suite for the W1 in the locomotive’s original high-pressure boiler configuration covers all of the major changes that took place to No. 10000 between the first test run on 12 December 1929 and 21 August 1935, when the W1 was moved into storage at Darlington’s Stooperdale Paint Shop. The models in the 2020 range all feature No. 10000 in the condition that the locomotive appeared in on 8 January 1930, being fitted with the handrail, but before the electric lighting was installed.

We have currently pre-sold all our allocation of all three versions, however should more become available we will let you know. 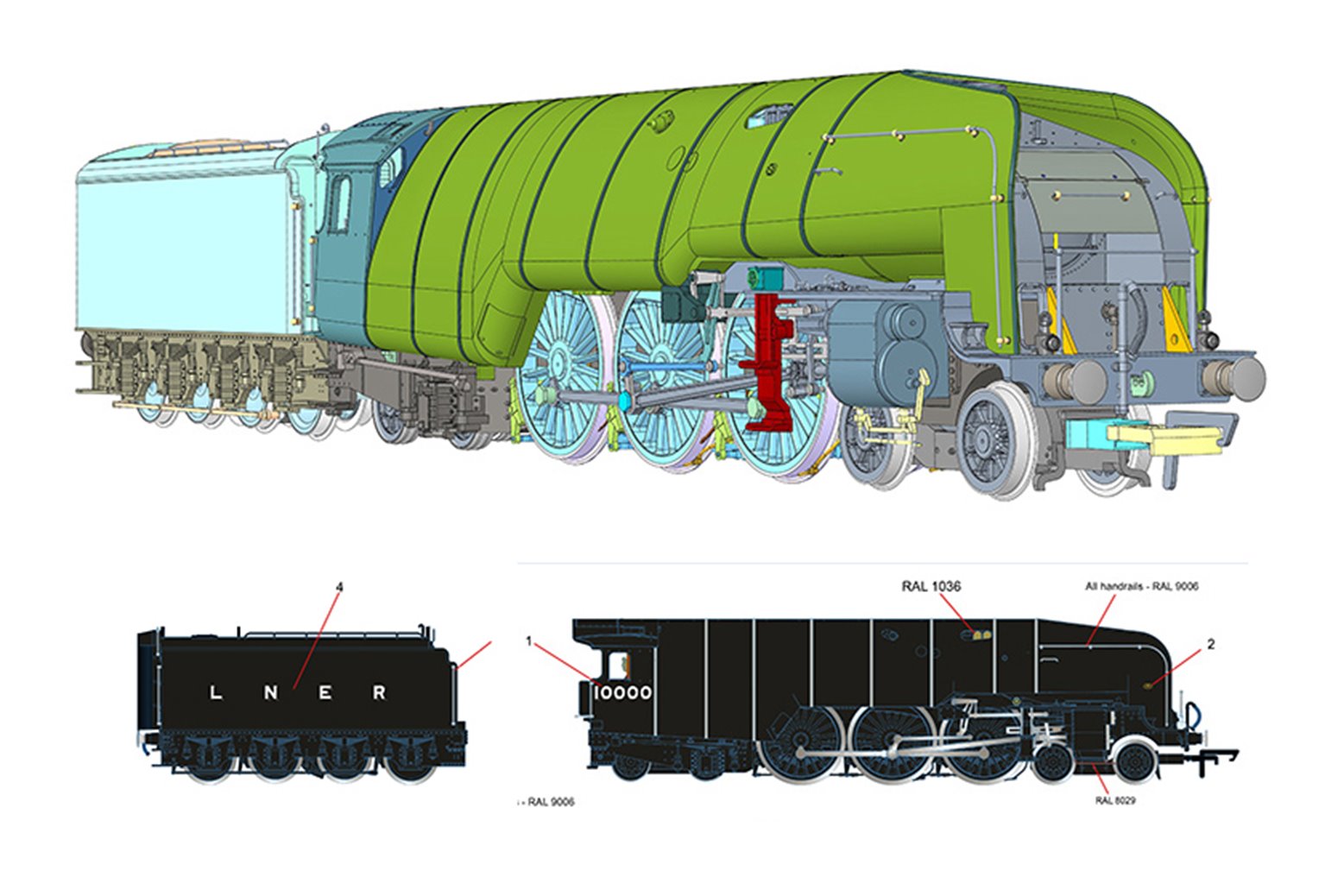