AN UPDATE FROM LOCOMOTION MODELS & RAILS OF SHEFFIELD

As expected, we have now received the advance production livery samples of the LB&SCR versions that were air freighted to us during the Christmas /New Year holidays. These were received for final approval earlier this week before we authorised the bulk delivery to be air-freighted to us. We hope you will agree that they do look stunning and that they will be worth the wait but we do apologise sincerely for the delays. The firebox glow also adds significantly to the appeal when running smoothly on the compensated chassis. All models now come complete with a factory fitted speaker, with simple push fit decoder fitting for those of you not ordering sound or DCC fitted. The agreement we made at the start of this project with Dapol was that we would produce museum standard, high fidelity models and at no stage have we been prepared to compromise on that despite the protracted wait. That resolve continues and we are not prepared to accept anything short of that goal.

Unfortunately, a boiler band registration issue was identified on the production batch sent from the factory at Christmas which had not been present on signed off livery samples. They have therefore been rejected and new bodies are to be produced as soon as possible. This cannot be easily rectified with a fully assembled working model. Please note this applies only to the LB&SCR versions for both the Locomotion models and Rails of Sheffield ‘Boxhill’. The NRM version is as preserved with the shorter toolbox and some minor livery differences compared to the Rails version which is as built in service livery with the longer toolbox.

Unfortunately, the requirement to do this coincides with the shut down ready for Chinese New Year (25th January until 8th February). Production will not likely recommence in full until the third week of February and we regret we are unlikely to see these particular versions until April 2020 (possibly late March). As soon as they are ready they will be air freighted to the UK.

We would rather delay delivery than release something that falls just short of the exacting standards we have set the manufacturer and you expect of us. We can only apologise for the disappointment that this further delay to these variants will cause.

We are currently awaiting final production samples of two of our other versions for checking in the next few days prior to completing the approval process. If all goes well these should be released in January. These are KESR Bodium and LB&SC Gipsyhill. The remainder of the releases will in general follow the announcement dates with the first batch coming first with the exception of Brighton Gold Medal which should arrive with Boxhill. Production and delivery will be continuous from here at the factory, both before and after CNY, until all 13 versions have been delivered successfully.

We hope you will agree with our decision to not accept any compromises after the effort which has been put into achieving the most accurate model of a ready to run Terrier yet seen.

View all versions of our Terrier locomotives here 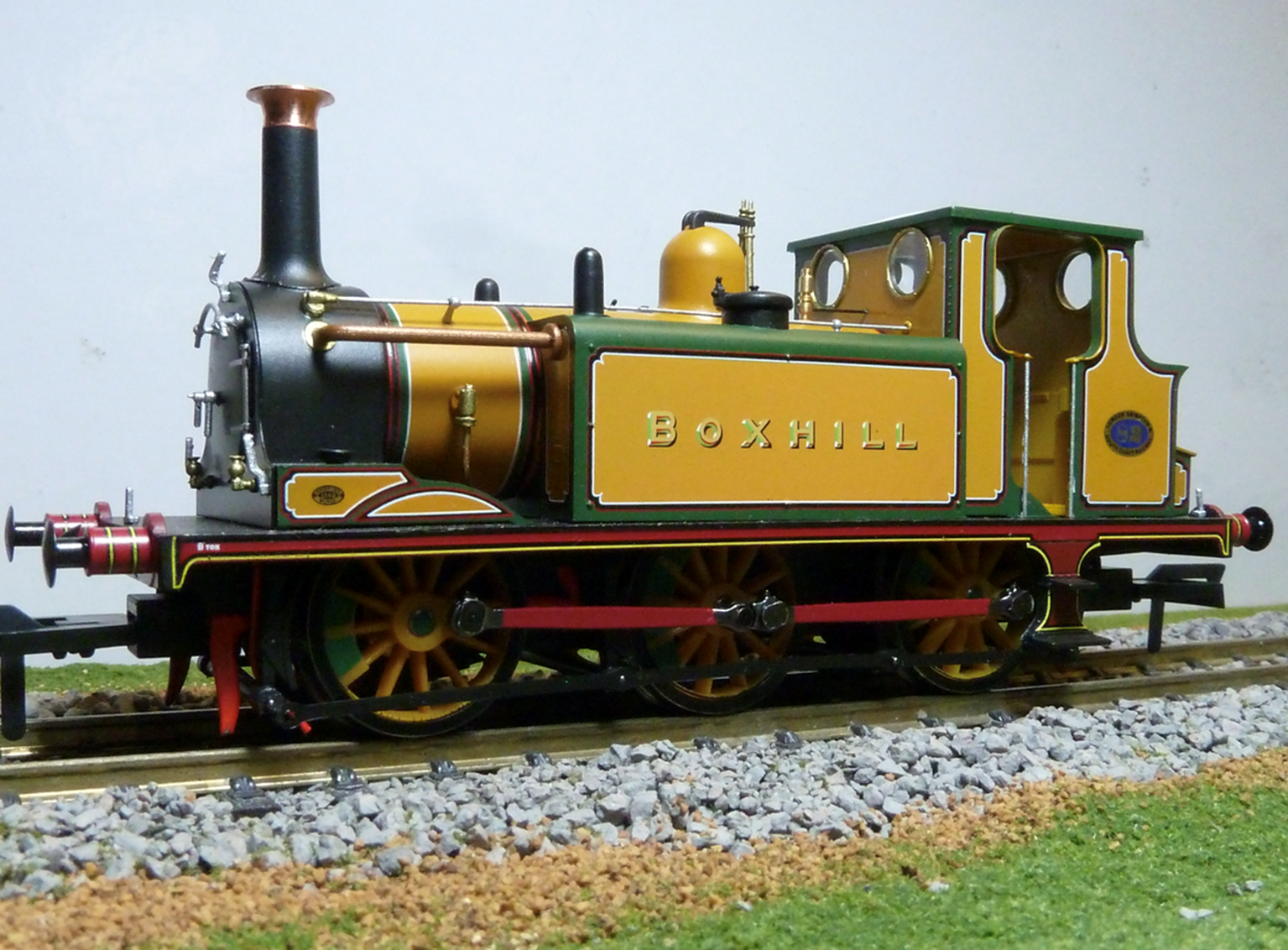