Artwork has now been approved for our exclusive Heljan 18000 Gas Turbine locomotives.

Decorated samples are due in the upcoming Months.

The project is currently still on track (subject to current headlines) for delivery late 2020.

To celebrate the 70th anniversary of the unique gas turbine prototype, Rails of Sheffield and Heljan are proud to announce the development of a museum quality OO gauge model of this groundbreaking famous British Railways gas turbine prototype 18000, nicknamed ‘Kerosene Castle’.

Seventy years ago this month, in November 1949, Swiss companies Brown Boveri and SLM completed the construction of a ground- breaking gas turbine locomotive for British Railways Western Region. We are celebrating the anniversary of that significant event with a new OO gauge model of 18000, due for release in late-2020.

Design work was completed over the summer and tooling is now well underway on what should be a highly popular model of a famous experimental machine. Our model has been developed with the assistance of the National Railway Museum using original documentation from Brown Boveri and BR Western Region, including works drawings dating from the late-1940s.

Differences between the locomotive ‘as built’ and as modified during the 1950s have been incorporated into the tooling to ensure ultimate accuracy for each livery and period. Roof, cab front and grille details will vary between the BR black and BR green versions.

Tooling is well underway. First tooling samples have been received. Decorated samples are due mid-year and production towards the end of next year.

Three variants are to be produced:

They are available to pre-order now with a £30.00 deposit. 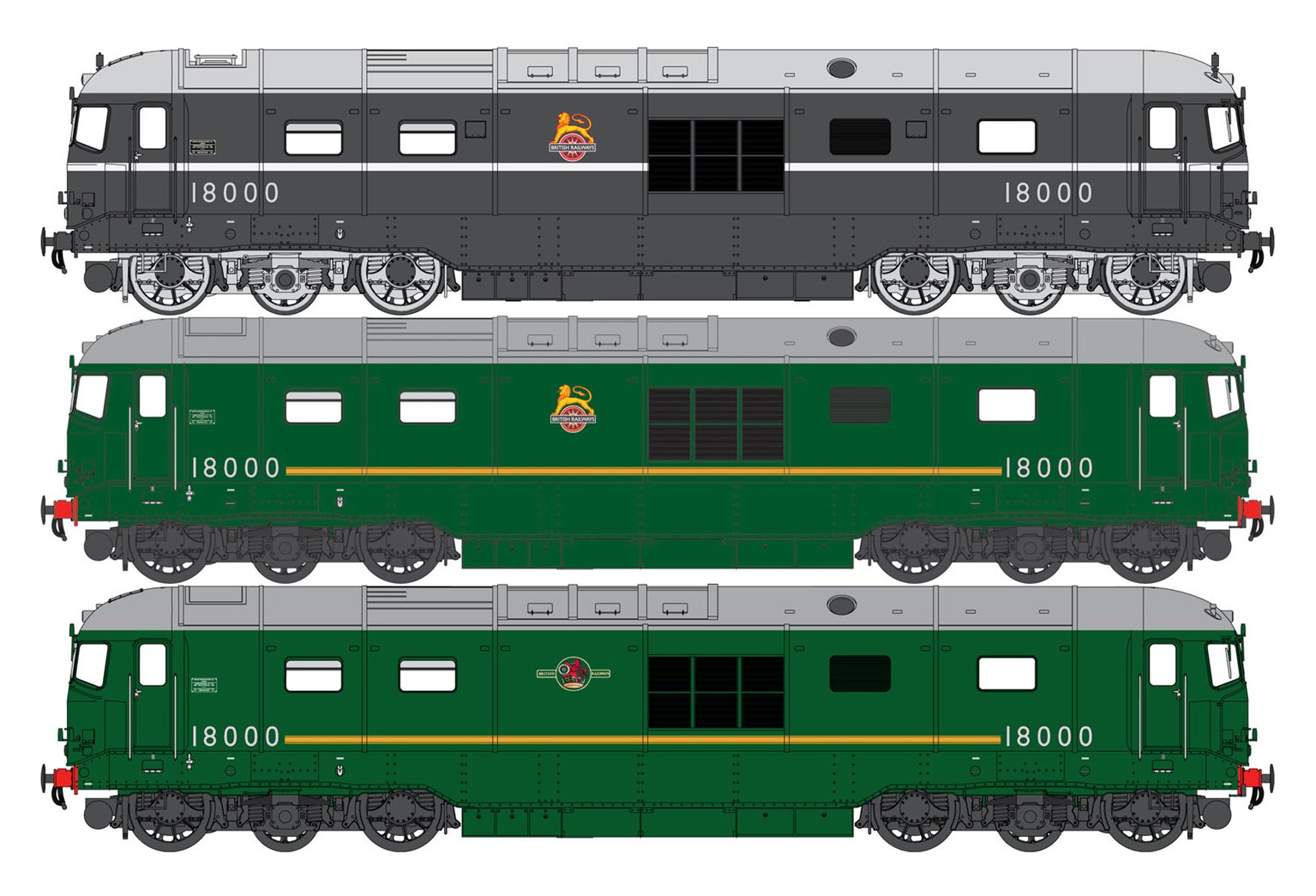