KATO are following on from the success of their N Scale Eurostar by advancing into solely British territory - by producing the Hitachi Class 800 IEP, which has been in use on UK high-speed lines since 2017.

Hitachi are onboard, so it will be a fully licenced and accurate model, up to the usual high standard that we expect from Kato. Licences are being negotiated with both GWR and LNER to produce the most up-to-date liveries running today. East Midland Railways have just announced that they are procuring a fleet of Class 800s for the Midland Mainline, so there is scope for more liveries.

We do not currently have any information on liveries, part numbers, prices, or configurations (although a powered set/add on set configuration is likely, with DCC readiness). Keep an eye out for future emails for more details.

More details are expected to be announced at The International N Gauge Show in September. 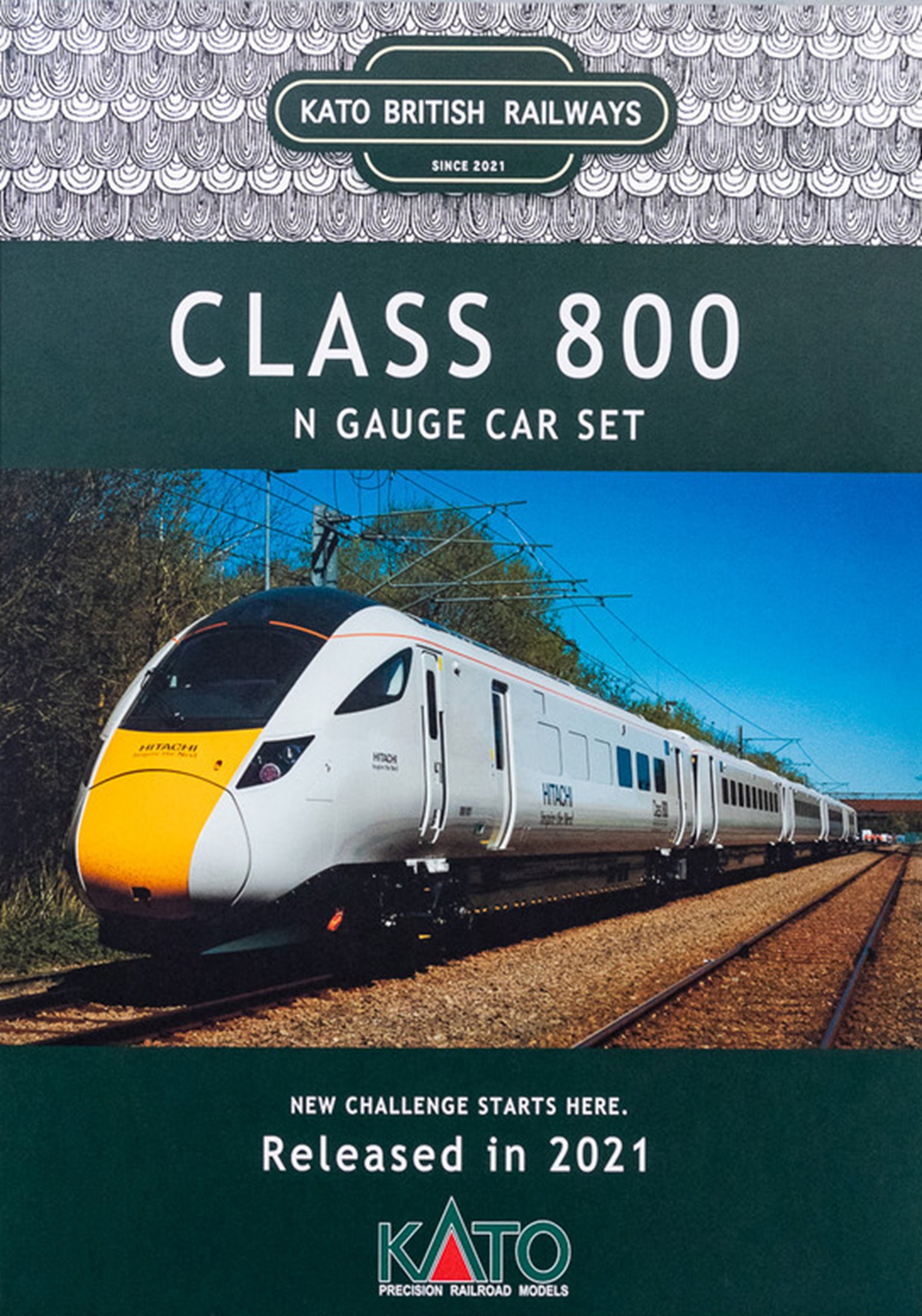