PECO have announced a collaboration with Kato Japan to produce a brand new model of the Ffestiniog Railway “Small England” 0-4-0TT steam locomotive.

A total of 4 “Small England” locomotives were built by George England & Co between 1863 and 1867, and three remain in existence today. They will be familiar to anyone who has visited and ridden on this marvellous railway in North Wales. This exciting project has been in preparation for some time and the target for release of the first models will be during the first quarter of 2021. Full details of the models regarding liveries, etc., are not yet finalised, but initial plans are to first release “Prince” in green livery and “Princess” in maroon livery. More information will be confirmed later, at the Warley National Model Railway Exhibition this November, plus through updates on our website.. The target retail price in the UK will be £150 inc VAT.

The “England” locomotives are synonymous with the Ffestiniog Railway and will make a very attractive and appealing model of a classic Welsh narrow gauge engine. A rake of our slate wagons, and forthcoming “Bug Box” coaches will look just right behind one of these cute little engines! Keep an eye out for more information later this year.

And if that was not enough excitement, the Double Fairlie will follow….. 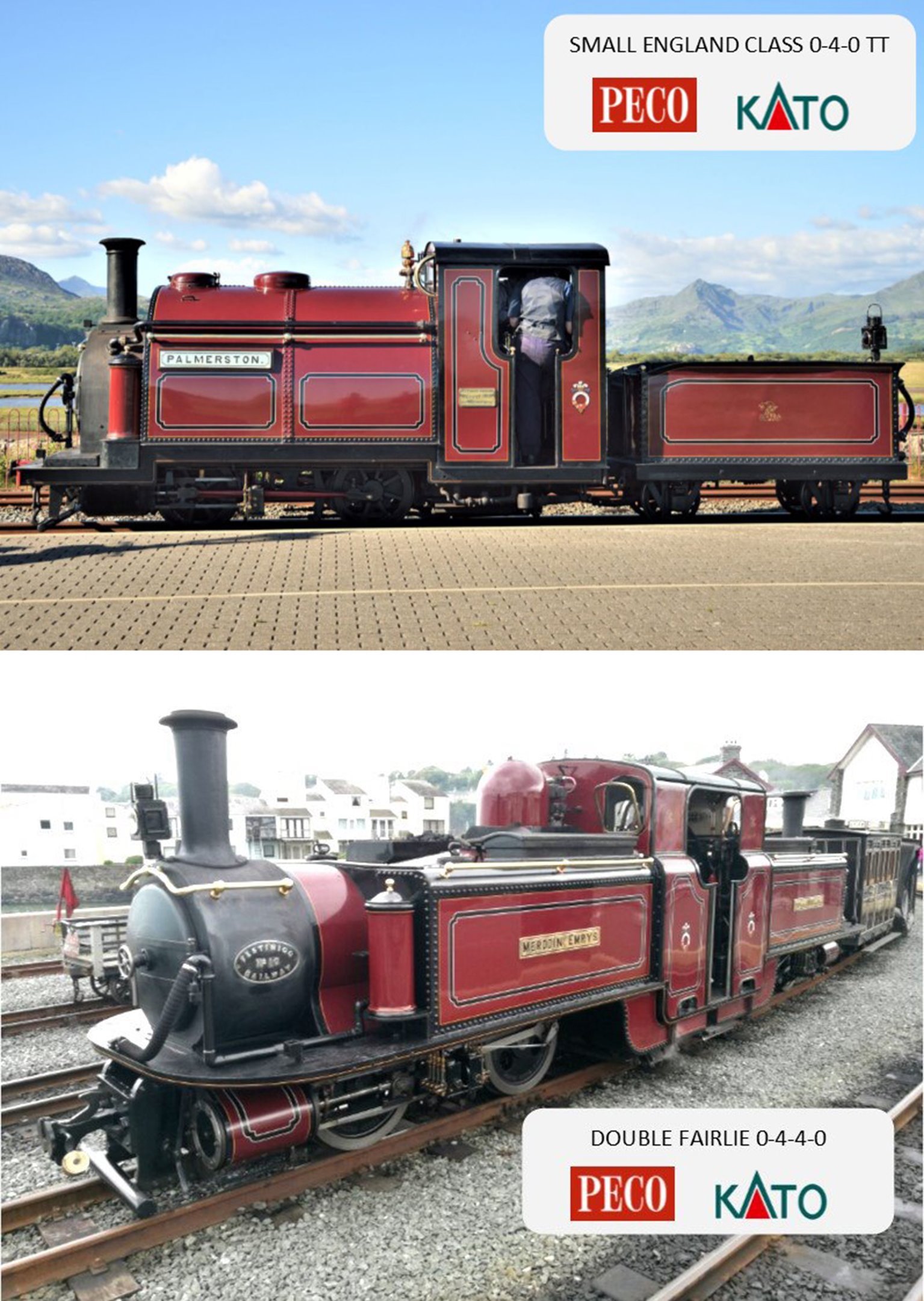