The much-requested ‘Sealed Beam’ Class 45/0 Diesel Locomotive will be produced in OO scale by Bachmann Branchline using body tooling which has only previously been used for a Limited Edition model, combined with our latest generation Class 45 chassis which features directional lighting and allows for SOUND FITTED versions.

The Class 45s were built at British Rail’s Derby and Crewe Works between 1960 and 1962. They were a development of the Class 44 and, together with the Class 46, the three classes were collectively known as the ‘Peaks’. As built the entire class was fitted with multiple-working equipment and steam-heat boilers but some later had their boilers removed and were fitted with electric train heating (ETH). With the implementation of TOPS in 1971, the steam-heat locos were designated Class 45/0 and the ETH fitted examples became 45/1s.

From 1975, during works visits the locomotives began to have their head-code equipment removed and this was replaced with sheet metal and two sealed beam marker lights and it is in this condition that our Class 45/0s are modelled. Although withdrawals of the Class 45 fleet began in the early-1980s, the particular locomotives selected for these models were some of the longest surviving examples, the first of which was not withdrawn until July 1987. 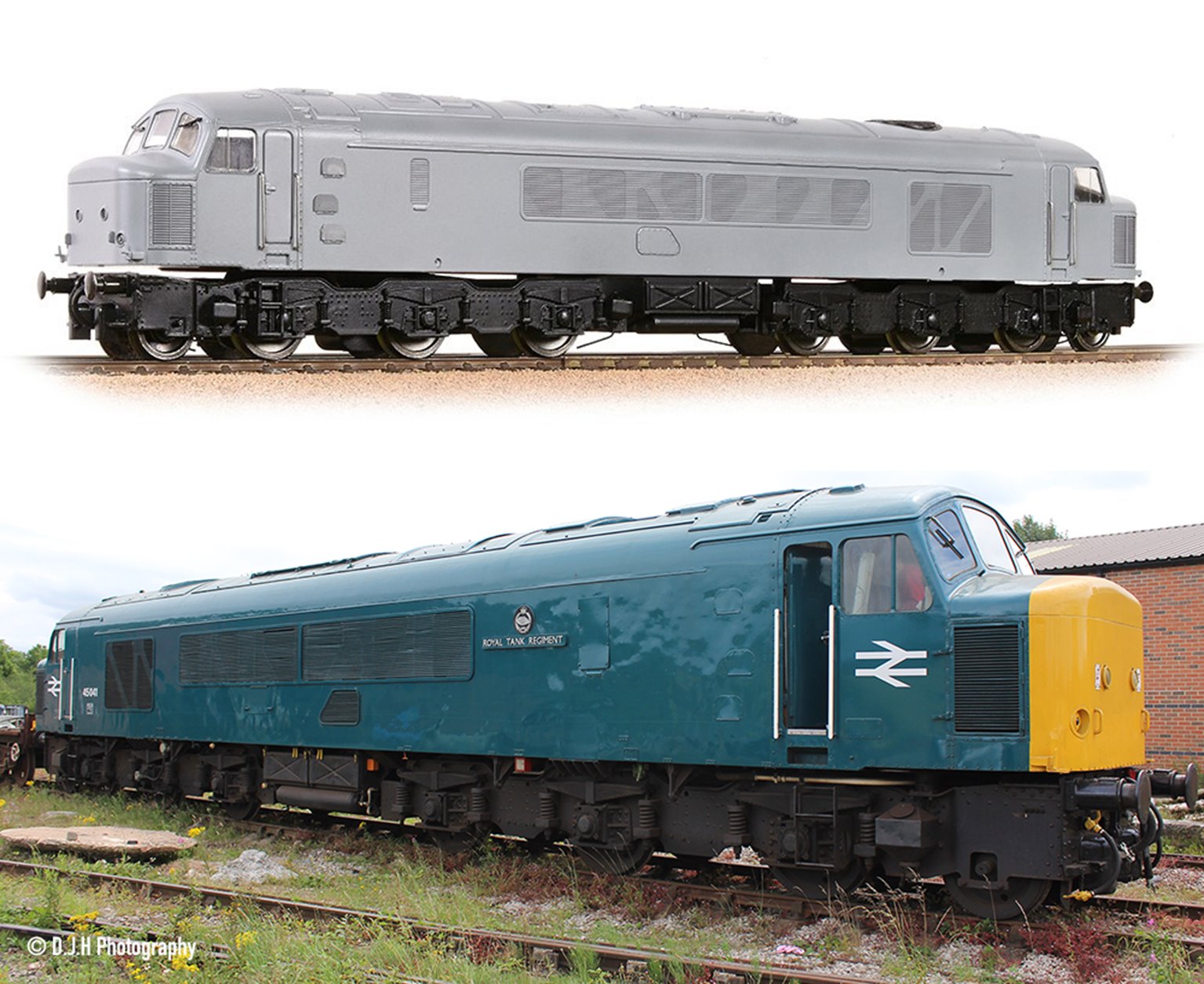