Two new locomotives have just been delivered from Hornby

L&BSCR duplicate listed in 1900 as No. 654 Waddon, the locomotive somehow escaped being disposed of and was sold to the SE&CR on 26 August, 1904 for £670. Repainted at Ashford Works in Wainwright Green and renumbered as 751, the locomotive was put to work on the Sheppey Light Railway, commencing severices in February 1905. During WWI, 75 worked at Folkestone and Richborough, returning to Folkestone post-war.

60044 Dowlow was built at Brush Traction's works in July 1991 and carried the name Aisla Crag from new, until August 1997. To mark the signing of a five year transportation plan contract between Hope Construction Materials and DB Schenker Rail UK, on September 16, 2015, 60044 was named as Dowlow at Walsall. 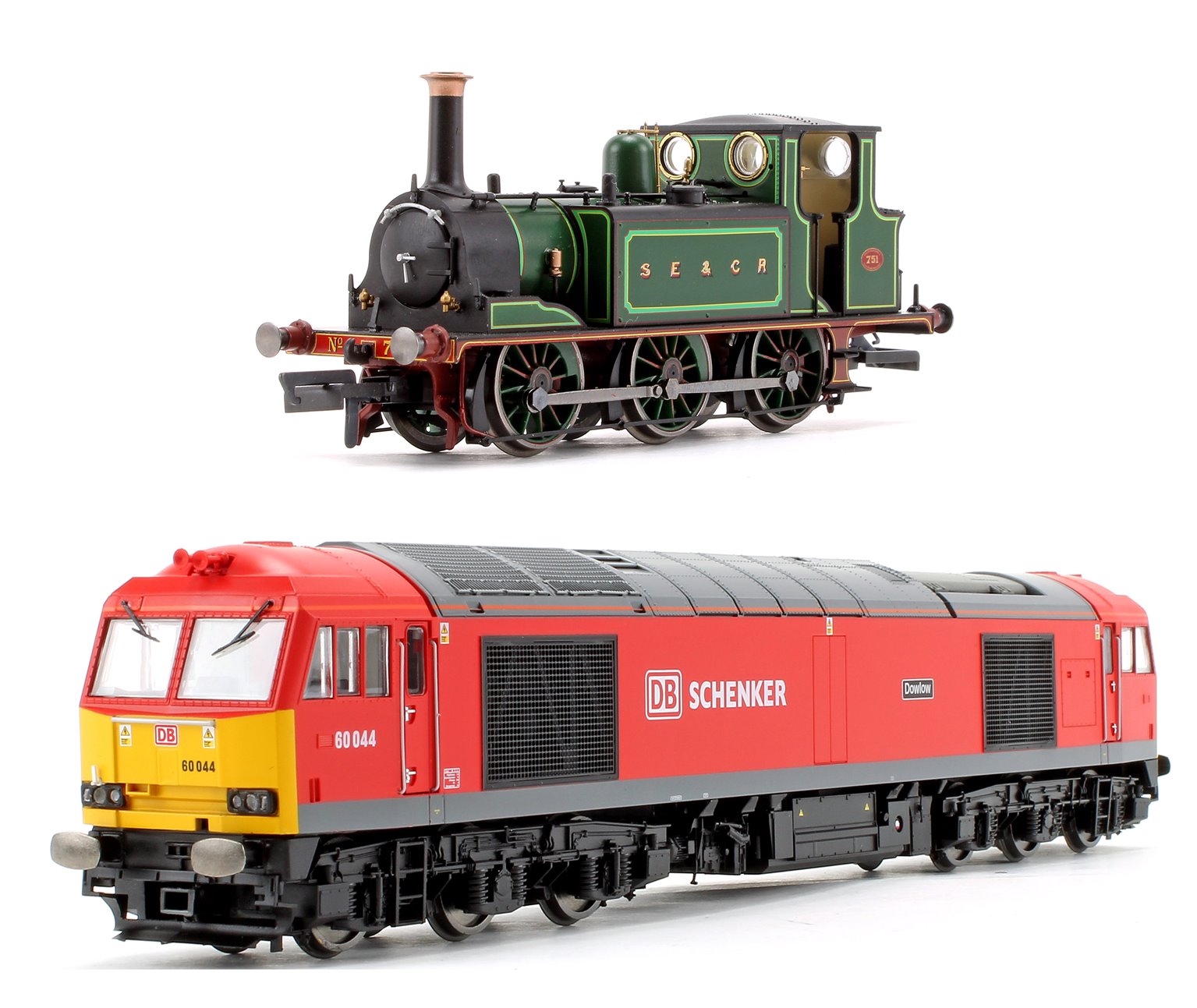