The Bachmann Roadshow team were in London last weekend for the London Festival of Railway Modelling and had the following samples on display.

The Branchline model will feature a Next18 DCC interface with pre-fitted speaker for ease of digital sound installation. With a realistic fire-box flicker effect and sprung buffers, this model is packed full of features and multiple detail variations have been incorporated to allow the accurate portrayal of different members of the class. Features include extensive pipework detail including whistle steam pipes, representation of the inside valve gear, etched fire-iron brackets and full cab interior.

Three models will be available initially as:

The Class 1532 locomotives underwent many changes during their lives and our tooling caters for a wealth of variants allowing accurate models to be produced covering the lifespan of the real locomotives. From major detail differences, such as fireboxes (round-top or Belpaire), condensing and push-pull fitted locomotives, to smaller variations like smoke-box doors, chimneys, domes and coal-rails, the Branchline model caters for them all. The model also incorporates a Next18 DCC interface with pre-fitted speaker, fire-box flicker effect and sprung buffers. Three models will be available initially as:

Refurbishment of the Class 31 fleet saw several changes to the appearance of these locomotives, such as the removal of the buffer-beam cowling and the plating-over of boiler ports & bodyside steps, and these changes have been replicated in N scale on the Graham Farish model. Detail variations include the position of the hi-intensity headlight, different side grills, snow ploughs (supplied in the accessory pack with selected models) and with or without NRN (National Radio Network) pods. The Refurbished Class 31 builds on the Graham Farish models of the as-built locomotives and will feature an upgraded chassis with Next18 DCC interface, pre-fitted speaker and independently controlled directional lights. This new chassis will also be used for future releases of the as-built locomotives.

Three models of the Refurbished Class 31s will be released as:

Three models of the as-built locomotives will also be released utilising the upgraded chassis:

The Quarry Hunslet 0-4-0 tank locomotives were built with either enclosed and open cabs and both types will be available in OO9 scale from Bachmann Narrow Gauge too. With many differences catered for including variations in the buffer-beams, cab-sides, chimneys, with or without buffers and with or without vacuum brakes, the Bachmann model is sure to capture every detail of this diverse and popular prototype. The model will feature a 6 Pin DCC interface with our powerful coreless motor and NEM coupling pockets.

The first four models to be released will be: 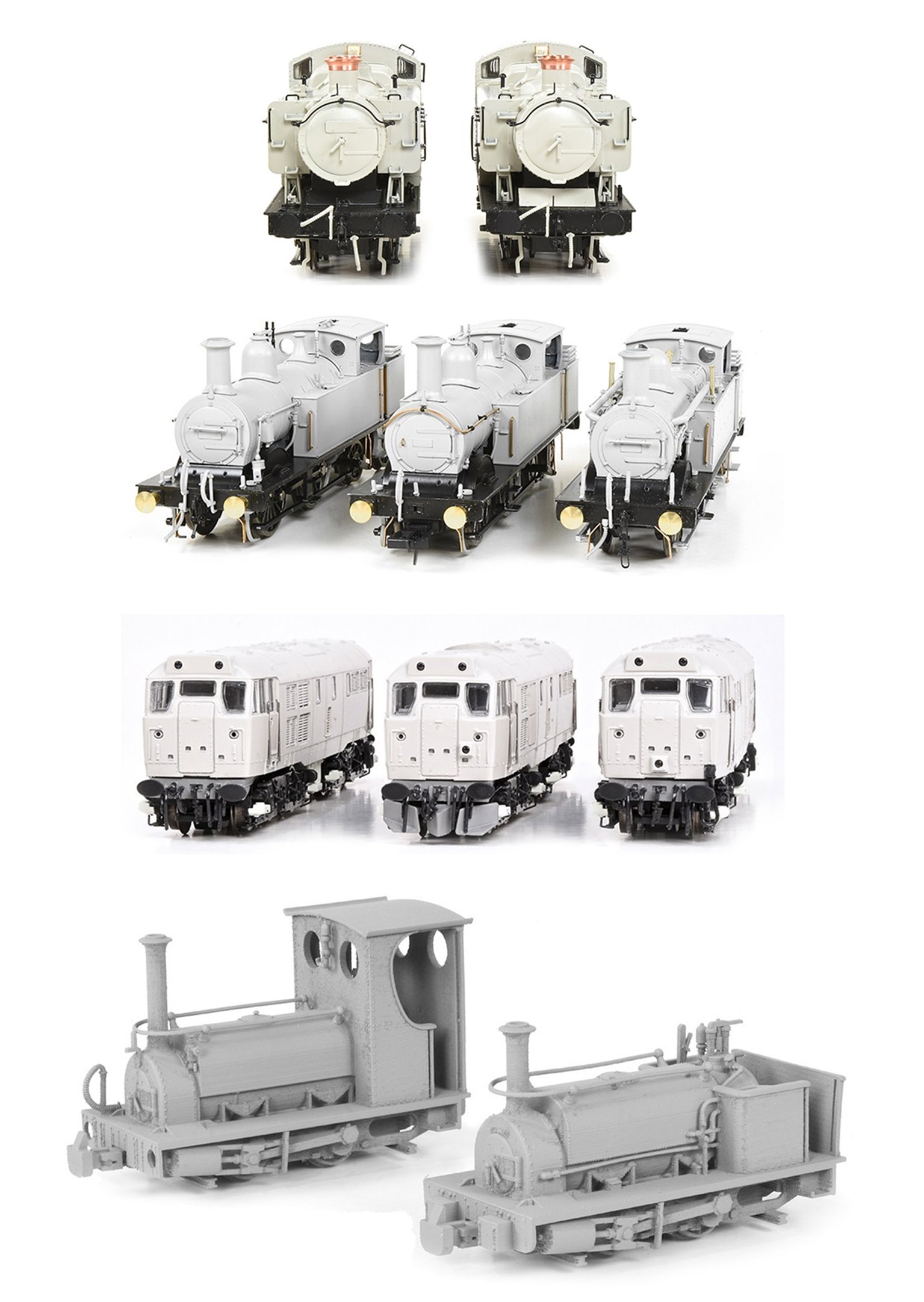