“THE MOST POWERFUL EXPRESS LOCOMOTIVE IN BRITAIN”

In order to cope with the increasing weight of express passenger traffic on the Southern Railway following Grouping, Richard Maunsell, the Chief Mechanical Officer, required a locomotive that was more powerful than the King Arthur class; being capable of hauling 500 ton trains at a speed of 55mph.

To do this, Maunsell altered the positions of the cranks on the Lord Nelson design to give eight exhaust pulses per revolution, rather than four and the increase in power over the two cylinder design of the King Arthurs was significant, giving rise to the claim by the Southern Railway of the class being "the most powerful express locomotive in Britain", based on the theoretical tractive power.

A longer Belpaire boiler with a completely differently designed firebox was used for the Lord Nelson, the cab design was similar to the L1 4-4-0 and the bogie was of a new design, being independently coil-sprung. Maunsell decided to produce one example as a prototype, E850 Lord Nelson, which was completed on August 11, 1926 and after trials at Eastleigh, the locomotive was sent to Nine Elms for trial running on the Western section mainlines to Bournemouth, Portsmouth and Exeter, before moving across to Battersea for trials on the Dover boat trains.

Both Maunsell and his successor, Oliver Bulleid, brought a number of modifications to the class, the most noticeable being the introduction of smoke deflectors, however chimneys, bogie frames and cylinders were also modified, giving a subtle range of external differences over the pre-war appearance of the class. For most of their service life, the class ran with flat-sided 5000 gallon bogie tenders but modified Urie style 5000 gallon bogie tenders from the S15 class were also used, along with 4000 gallon six-wheel tenders.

The first withdrawal came in May 1961, the last in October 1962, with 30850 Lord Nelson being saved for preservation in the National Collection. 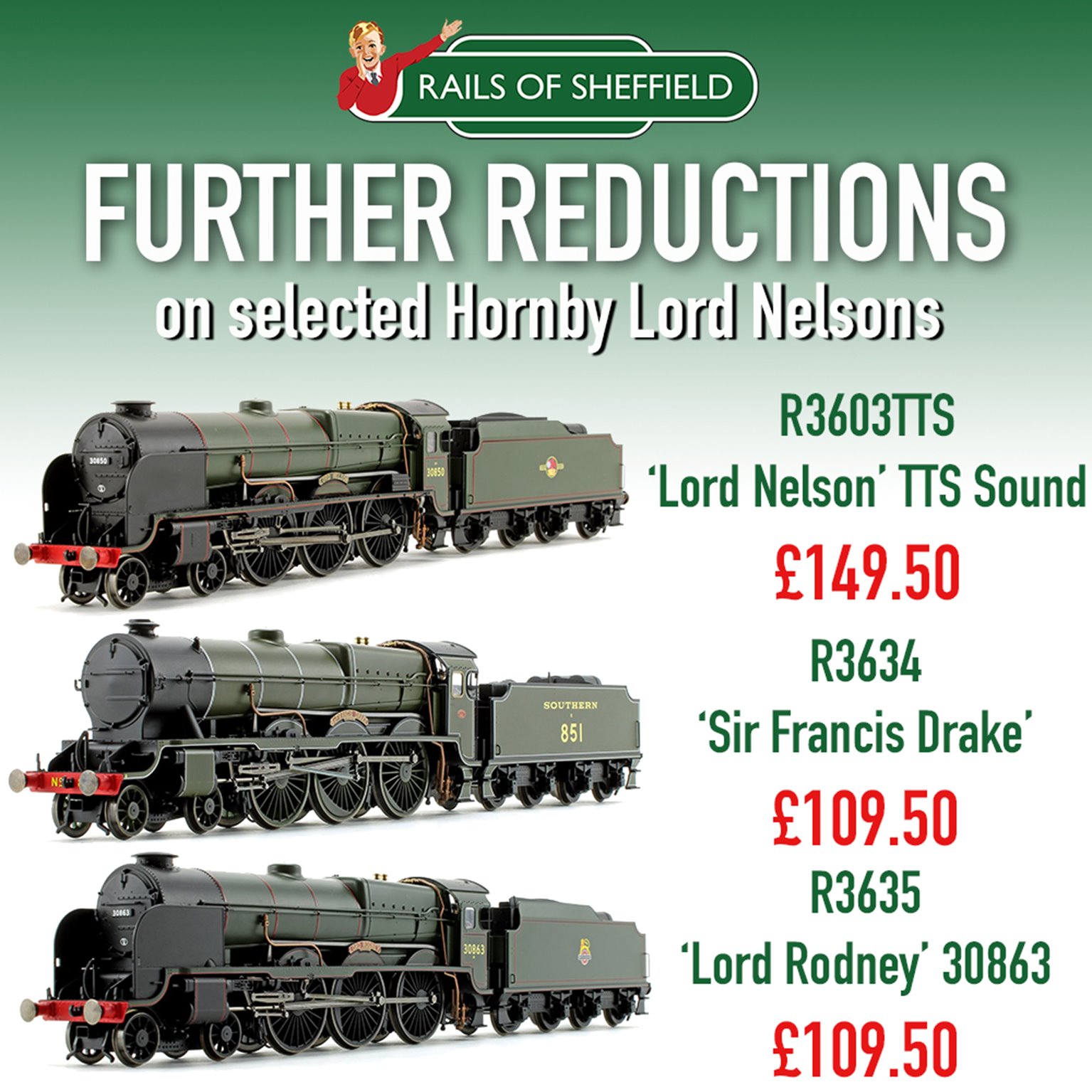