HELJAN has revealed its next three locomotive projects for release in 2019/20. The trio encompasses three very different subjects, ranging from a late-Victorian narrow gauge steam locomotive to a cult diesel class in O gauge and a fresh look at a classic BR electric in OO. Also released at the NEC on November 24 is our latest British catalogue containing full details of the planned range in OO9, OO and O gauge for 2019/20.

Catering for the growing interest in British narrow-gauge modelling, Heljan's second British OO9 locomotive will allow modellers to complete their Lynton & Barnstaple Railway locomotive fleet. Lyn was built by Baldwin in 1898 for the L&BR and shipped to Devon in kit form for assembly at Pilton Works. At the time, the railway needed additional motive power but Manning, Wardle was unable to supply a similar machine to those already in service (and available in December/January OO9 from HELJAN!). A superb full-size replica of Lyn was recently completed for the restored Lynton & Barnstaple Railway in North Devon.

Heljan's new model will depict Lyn in L&BR dark olive green and Southern Railway Maunsell green with authentic detail variations according to period and livery. For the benefit of the many OO9 modellers with ‘freelance’ railways Heljan also plan to offer a version in undecorated works black. Research and development is underway and more details about price, features and specification will be announced later.

The HELJAN range of BR diesels in O gauge continues to expand with the addition of the Class 17 centre-cab Type 1. Despite their attractive design, intended to give crews better all-round visibility than existing Type 1 diesels, the ‘Claytons’ proved to be an expensive and short-lived failure. However, their short career has made them something of a ‘cult classic’ among diesel enthusiasts and interest remains strong with modellers of the steam/diesel transition era.

Building on the success of Heljan's OO gauge ‘Clayton’, this new locomotive will feature fine detail throughout, twin motor bogies, LED lighting functions, etched grilles, sprung buffers and has been designed for easy DCC and sound installation, plus provision for an ESU smoke unit.

Design work was completed earlier this year and the first engineering prototype samples of the O gauge Class 17 are expected to arrive in the UK early in 2019. Models will be released in all the major livery variations and will include a weathered edition.

In response to public demand, Heljan are developing a fully re-tooled OO gauge Class 86. They have also taken the opportunity to backdate it to depict the ‘AL6’ in as-built condition and as a Class 86/0 for the period 1965-80. Heljan's new model retains the smooth-running chassis and mechanism of Version 1 but features a number of improvements over their previous Class 86s, including a completely new pantograph, 21-pin DCC interface, better bodyside grilles, plus original pattern bogies and underframe equipment.

CAD work on the models is complete and tooling is now in progress. The first engineering prototype samples of the ‘AL6’ are expected to arrive in the UK early in 2019.

Models will be released in all the major variations of original BR blue and late-1960s/1970s BR Rail Blue and will include a weathered edition. 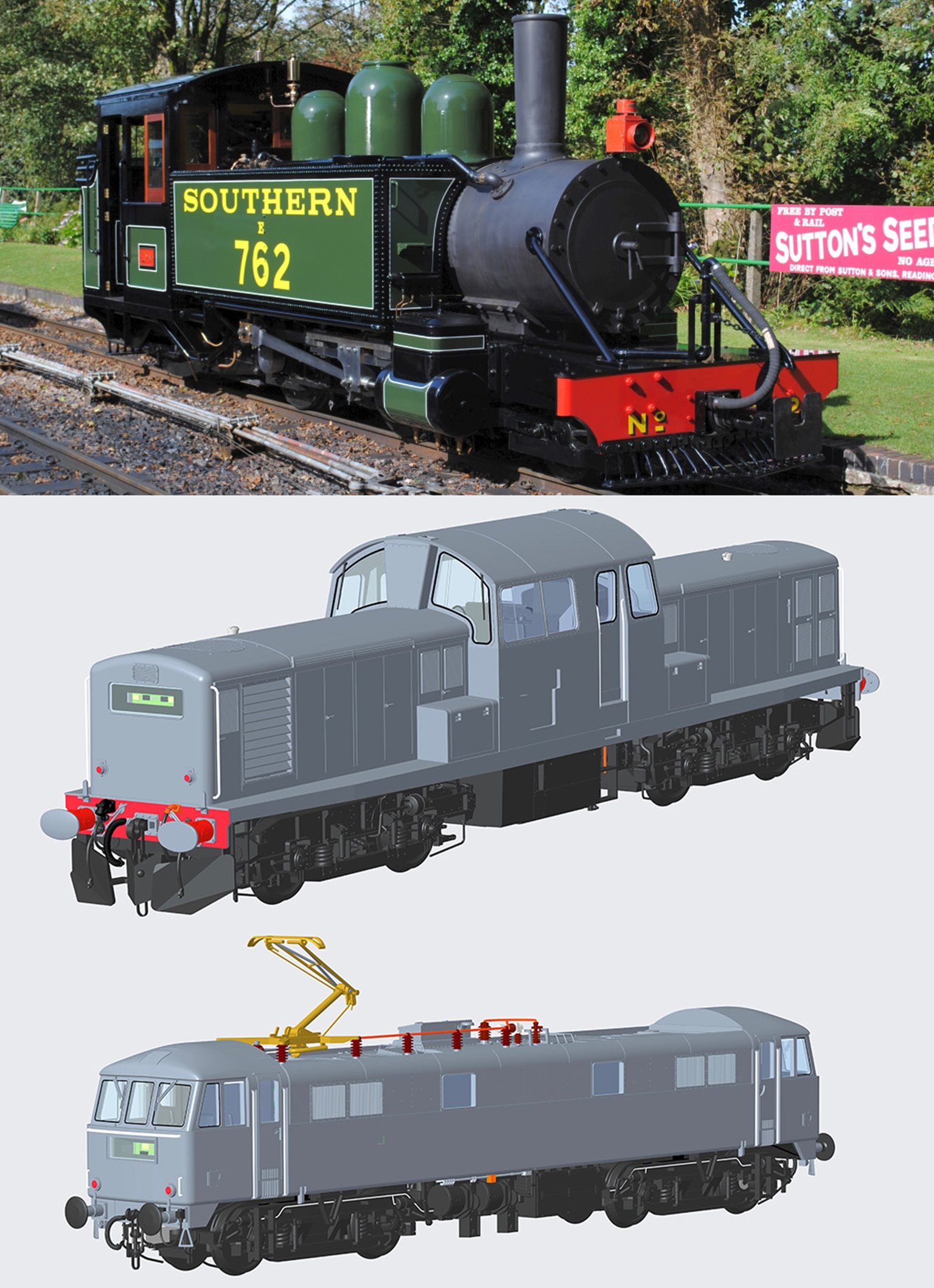