We have just received three new items in from Hornby!

Entering traffic on March 3, 1938, complete with Kylchap double blastpipe and chimney, 4468 'Mallard' was first allocated to Doncaster, where the locomotive stayed until October 10, 1943, when it moved to Grantham. The move to Kings Cross came on April 11, 1948, complete with corridor tender, where Mallard remained until being withdrawn to a life of preservation on April 25, 1963.

5013 Abergavenny Castle was built at Swindon in June 1932, entering traffic at Newton Abbot on June 27th. During the course of its lifespan, the locomotive served throughout the GWR region, from Penzance to Carmarthen, before finally being withdrawn from Llanelly in July 1962.

The final item in is the Railroad R6887, a Yeoman Aggregates PTA 102T Bogie Tippler wagon. 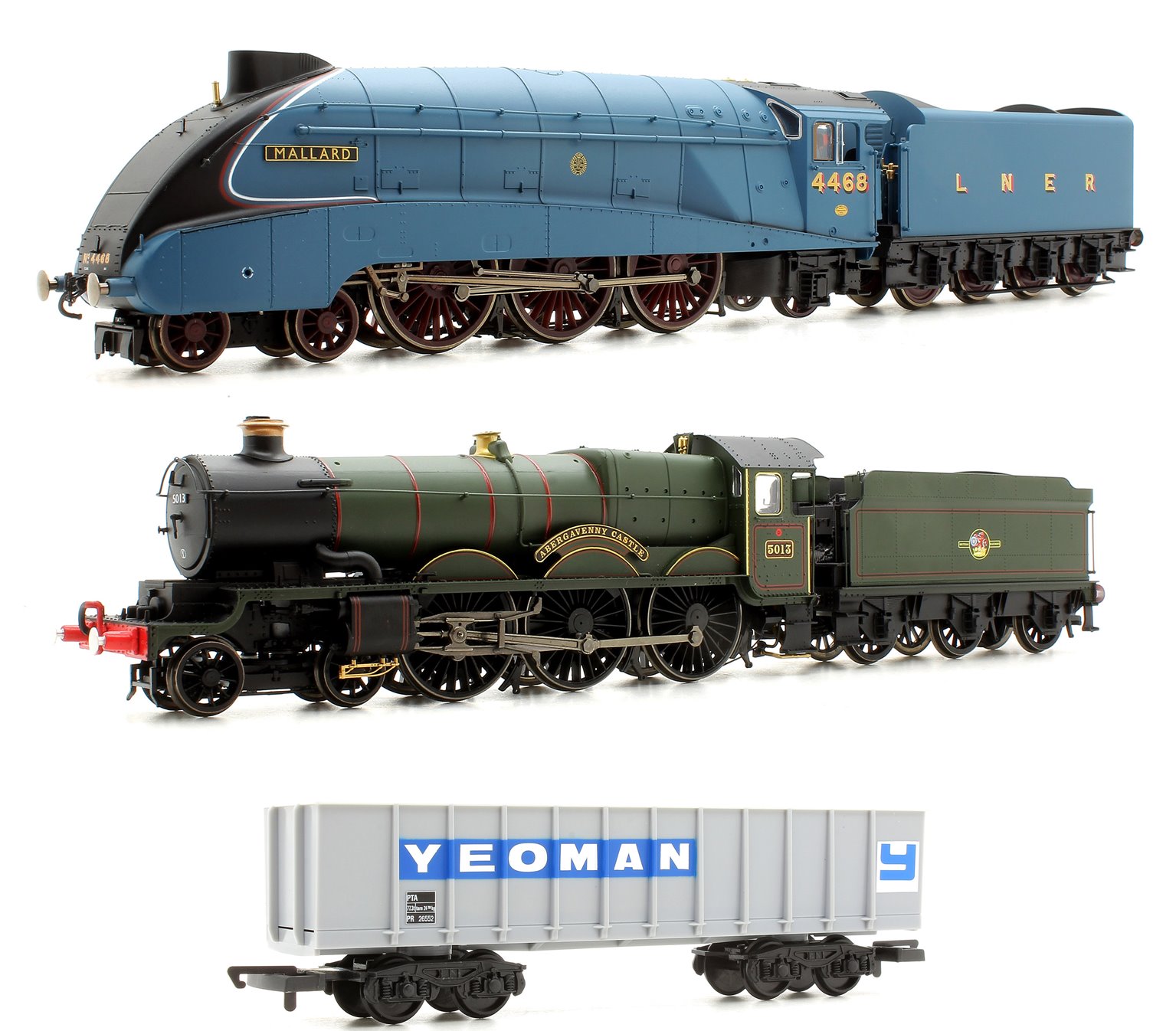